Calvisius Kaviar – Made in Italy 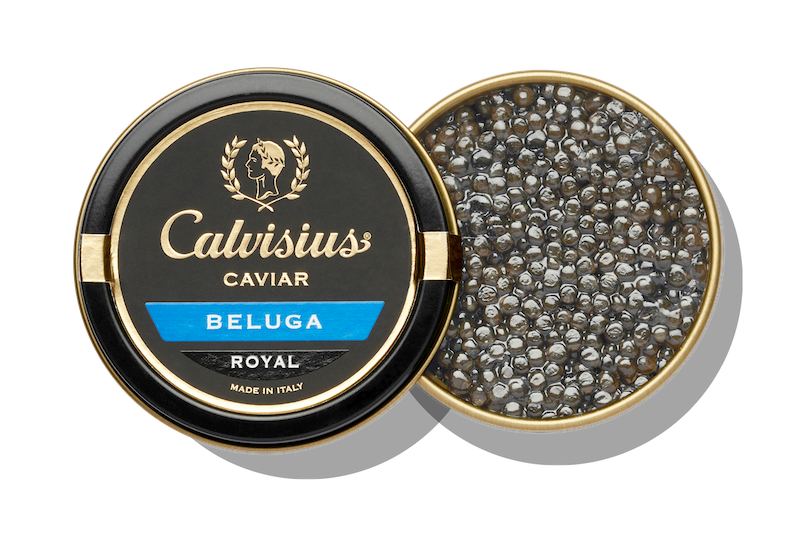 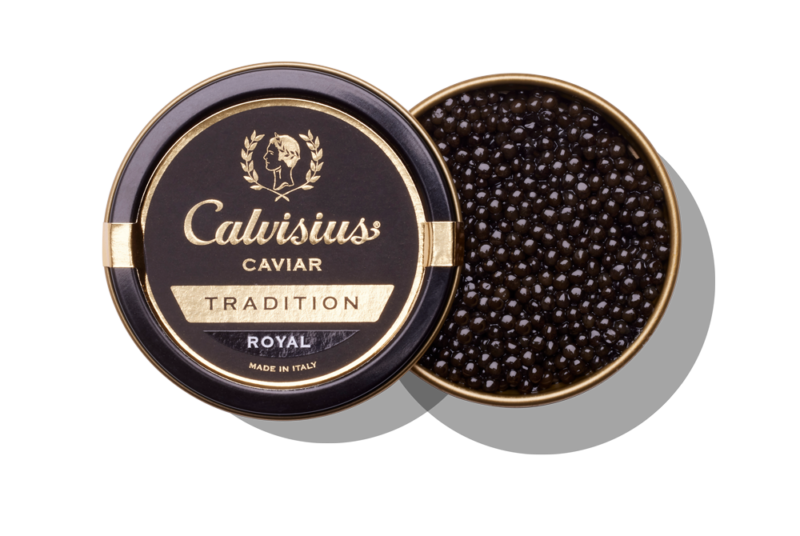 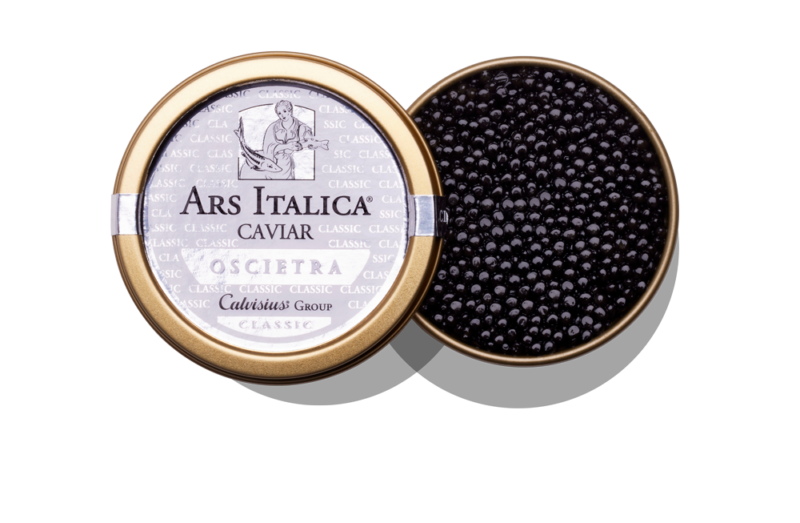 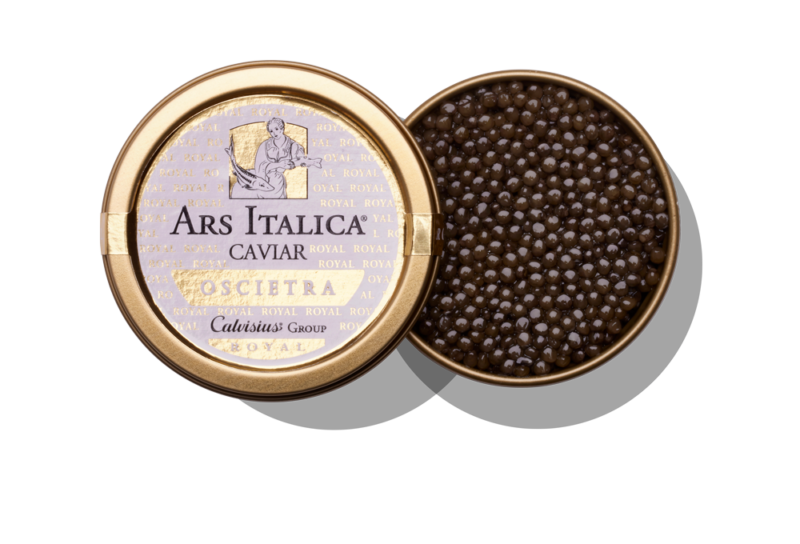 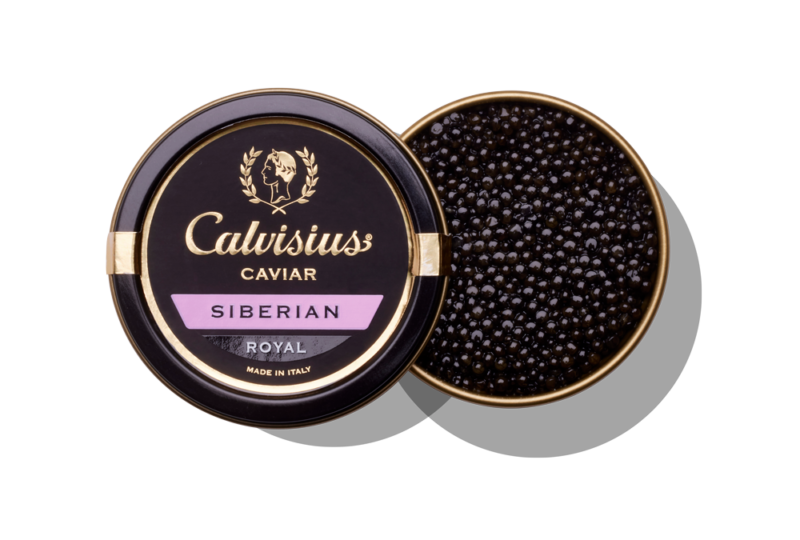 It is unique among red fish with its seven spines in the dorsal fin. It also lacks the belly scutes that are typical of the similar looking roughies. The flesh is soft to medium textured with a delicate flavor. It is ideal for all applications. Raw in sushi or sashimi, poach, BBQ, bake, curry, marinate, smoke, soup/chowder, fry. It is found in many high-end dining establishments.

The Fish Company’s Rolls Royce of Snapper is a well-known, attractive fish that is distinguished from the other commercial breams by its pinkish coloration with blue spots as well as its body shape. It has a pinkish white flesh with a medium texture and is suitable for most cooking methods. It is the ideal fish for all applications. Raw in sushi or sashimi, poach, BBQ, bake, curry, marinate, smoke, soup/chowder, fry. It is found in many high-end dining establishments.

With their dark fingerprint spot and long filamentous dorsal fin, they are an unmistakable member of the group. They are live-brown with a golden sheen, have tiny scales and a very smooth skin. Dories are distinct from all other fish, with the exception of their deepwater relatives the Oreos. Its fillets have a firm white flesh. They are very deep and short, tapering sharply. They are rarely skinned since they have small and barely detectable scales.

They have bluish green skin with an elongated and robust body and a distinct yellow stripe through the midline and on the caudal fin. The flesh is dark but lightens after cooking. It is ideal for sushi/sashimi and has many applications in Japanese cuisine. Due to its texture and great taste it can also be cooked virtually every way possible, including baked, poached, curried, sautéed and soup/chowder. It can be cooked in steaks, portions or as a whole fillet or as roasted collars – the options are limitless.

The coloring is reddish pink that darkens to a brownish above and lightens to a white below. Its color patterns are very distinctive as well as it’s very small scales. Red Gurnard have firm pink fillets with that hold their shape and become white upon cooking. They are low in oil and fat content, while still being a good source of Omega-3. Gurnard is suitable for most cooking methods, including raw for sushi.

Tarakihi have uniform sides, silvery grey on top and whitish below. There is a prominent dark band across the shoulder area. Tarakihi fillets have white flesh of medium to firm texture. A great item to menu or offer as a special, Tarakihi lends itself well to all cooking methods including sushi/sashimi, bake, BBQ, curry, fry, poach, marinate, soup/chowder.

Bright orange color with spots throughout. Found around the southern parts of New Zealand. Caught infrequently, year round. Can be baked, poached, steamed, fried, curried, grilled and more. The applications are boundless but the fish comes into its own when used in Japanese cuisine. The variety of cooking methods keep diners coming back for more. Ask for it by name as it’s hard to come by.

Deep-bodied with blue-green coloring above, some yellow on the sides, and silvery white below. There is a black spot on the operculum edge above the pectoral-fin base. Trevally fillets are a pale reddish brown with a strong pronounced central red bloodline down the middle of the fillet. It has a medium to soft texture. Excellent fish for sushi and sashimi. It is suited for most cooking styles, including frying, smoking.

Orange-pink and brown coloring above with irregular markings. They have a pale pink to white belly coloring. Their bodies are long and rounded much like an Eel, with barbell-like pelvic fins originating below the centre of their eyes. Ling Kingclip fillets are long and rather slender shape. They are densely textured with very white, firm flesh that holds its shape well during cooking.

Long and extremely condensed body with uniform sides and a silvery smooth skin. The dorsal fin is extremely long. It is not divided into two parts and lacks finlets. The caudal fin is comparatively small. Frostfish fillets are very long and slender, barely tapering. The flesh is white and of delicate texture, making them excellent for eating.

Large fish with greenish-blue to blue-black coloring above and more brownish-grey sides. Fillets have white flesh. They are a very popular eating fish in New Zealand. This fish is very popular with Asian customers who elect to steam the fish whole, but blue cod is also perfect for baking, frying, chowder and smoked (considered a delicacy). It is held in high regard with Japanese clients who use them for sushi and raw preparations.

Large head, mouth and eyes. It is grayish brown in color. It has large scales and is a very short, stumpy fish. Fillets have firm flesh. They are excellent quality for eating and are suitable for all cooking methods.

Grey-blue to grey-brown coloring above and white below. They are broadly angular on their posterior side, with an obvious ridge that ends in a strong spine. Their scales are quite small. Hapuku Groper fillets have white firm flesh and are elongated, tapering gently. They are excellent for eating.

Brilliant scarlet coloring with red sides and a silver tinge. Large eyes and scales and a deeply forked tail. The fillets are moderately deep, short, and taper sharply. The flesh is firm and white. Can be baked, poached, steamed, fried, curried and more. The applications are boundless but the fish comes into its own when used in Japanese cuisine. Alfonsino makes a very attractive Nigiri sushi with the attractive skin left on.

The body is very compressed and rounded. It is silvery blue and covered with large pale spots. Its fins are bright reddish-orange. It has a small mouth, large eye and minute scales. Moonfish fillets are a pale orange color, very deep, short, and V-shaped, tapering sharply below.

The upper part of the body is dark blue without dark spots or any striped pattern. It has a moderate pectoral fin and does not have a white outer edge on the caudal fin. The second dorsal fin is slightly larger than the first. It has a rather large eye. Bigeye Tuna fillets are dark red with medium textured flesh and a continuous red mussel band evident on the inside. They are highly regarded for sashimi.

Yellowfin Tuna is metallic dark blue above, changing through yellow to silvery white on its belly. It has moderate to long pectoral fins and a second dorsal fin that is greatly extended. Yellowfin Tuna has a large fleshy keel on its caudal peduncle flanked by two smaller keels. Yellowfin Tuna fillets are moderately deep and rather short with reddish flesh and a continuous red muscle band along the middle of the fillet.

In the southern most inhabited island of New Zealand, Stewart Island, where the water is cool and clean all year round the King Salmon is farmed and raised. The natural breeding program produces eggs that are grown out to young fry at our two hatcheries located on two of the largest and cleanest rivers. King Salmon flesh is an attractive dark pink to red colour. Its oil content is higher than any other salmon and it is a rich source of Omega-3 fatty acids.

The body color is reddish to orange. It has sculptured abdominal segments and minute rostrum (central spine) flanked by two promi- nent spines. It has very long flexible antennae. Their first pair of legs is slightly more robust than those following. Rock Lobster has a firm white flesh that is very tasty. The flesh from its legs is a little sweeter than that of the tail.

The Packhorse Lobste is a green color lobster. It can grow extremely large from 1600 g up to 5000 g per piece. Due to the colder water temperatures, the New Zealand lobsters have higher oil content than tropical warm water lobsters and are rated as one of the worlds finest.

The Scampi is of the lobster family and is not a prawn. It is whitish or pinkish with dark orange stripes at joints. Its rostrum is long and upwardly curved, with strong spines. It has large eyes. Its first pair of legs is greatly enlarged. Scampi flesh is white, sweet and delicate.

The Cockle is restricted to New Zealand only. They are widespread around New Zealand in harbors and estuaries from mean tide level down to low Tide.

North Island. Factories are located near keygrowing areas to facilitate smooth transfer of harvested oysters. Mainly inter-tidal method. Spats/seeds are collected by placing bundles of spat sticks for them to congregate. These bundles of spat sticks are then nailed out on growing racks in the farms. They grow 12–18 months before harvest. In season, typically May–October.

This species is native to New Zealand but closely resembles other Perna species from South America and Africa. Greenshell Mussels are found in low to sub tidal conditions. They are obtained mainly through farming.

The Red Snapper commonly inhabits waters 30 to 200 feet deep, but some are reported to be caught at 300 feet. All feature a sloped profile, medium-to-large scales, a spiny dorsal fin and a laterally compressed body. The red snapper reaches maturity at a length of about 39 cm. The common adult length is 60 cm, but may reach 100 cm. Coloration of is light red, with more intense pigment on the back.

The emperor snapper, is a species of snapper native to the Indian Ocean and the western Pacific Ocean. This species is an inhabitant of both rocky and coral reefs, preferring flat areas with either a sandy or gravel substrate. They can be found at depths from 5 to 180 m. This species can reach a length of 116 cm, though most do not exceed 60  cm. This species is commercially important and is farmed for us in Malaysia.

It can be found throughout the northern half of Australia and Southeast Asia and have been known to reach a weight of 56 kg. The fish spawn around river mouths so that larval and juvenile Barramundi can use the swamps that form during the wet season.

The Malabar Grouper, a member of groupers is one of the largest and most common cod found in tropical estuaries and on coastal reefs. It can reach a length of over 1,2 m and weight over 150 kg. The Malabar grouper is olive-green, with a number of brown spots randomly scattered.

Pomfrets are grouped with Perciform fish, which belonging to the species of Butterfish. They have a silvery shiny skin and shiny black eyes. Their fillets have a firm texture and excellent flavor.

Golden or bronze coloured body with silvery belly. Center of each scale often has a reddish–brown spot, giving an overall apperance of a series of horizontal lines. Steeply sloped head. It can grow to a very large size, easily over 1,5 kg and can grow as big 6 kg.

Metallic dark blue above, changing through yellow to silvery white on its belly. It has moderate to long pectoral ﬁns and a second dorsal ﬁn that is greatly extended. Yellowﬁn Tuna has a large ﬂeshy keel on its caudal peduncle ﬂanked by two smaller keels.